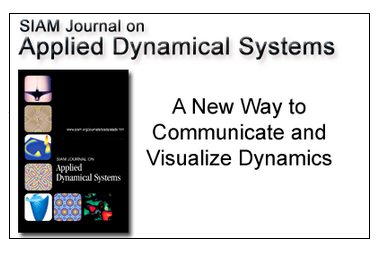 This paper discusses numerical methods of computing a particular normal form, called a Floquet normal form, of solutions for linear, time-periodic differential equations. This paper is interesting for the following reasons. First, it gives a nice introduction to the key theorems of Floquet theory, with proofs and/or references. Second, we may model legged animals, robots, and other systems exhibiting “rhythmic” behavior by oscillators – ordinary differential equations exhibiting limit cycle behavior. It turns out that linear, time-periodic differential equations arise naturally in the analysis of such systems (when linearizing the dynamics about the periodic orbit). If the Floquet normal form for such a system can be computed, this may allow insights into the mathematical models describing legged animals, robots, and other rhythmic systems, which leads to insight into these systems themselves.

####Abstract In this paper, a rigorous method to compute Floquet normal forms of fundamental matrix solutions of nonautonomous linear differential equations with periodic coefficients is introduced. The Floquet normal form of a fundamental matrix solution is a canonical decomposition of the form , where is a real periodic matrix and is a constant matrix. To rigorously compute the Floquet normal form, the idea is to use the regularity of and to simultaneously solve for and with the contraction mapping theorem in a Banach space of rapidly decaying coefficients. The explicit knowledge of and can then be used to construct, in a rigorous computer-assisted way, stable and unstable bundles of periodic orbits of vector fields. The new proposed method does not require rigorous numerical integration of the ODE.