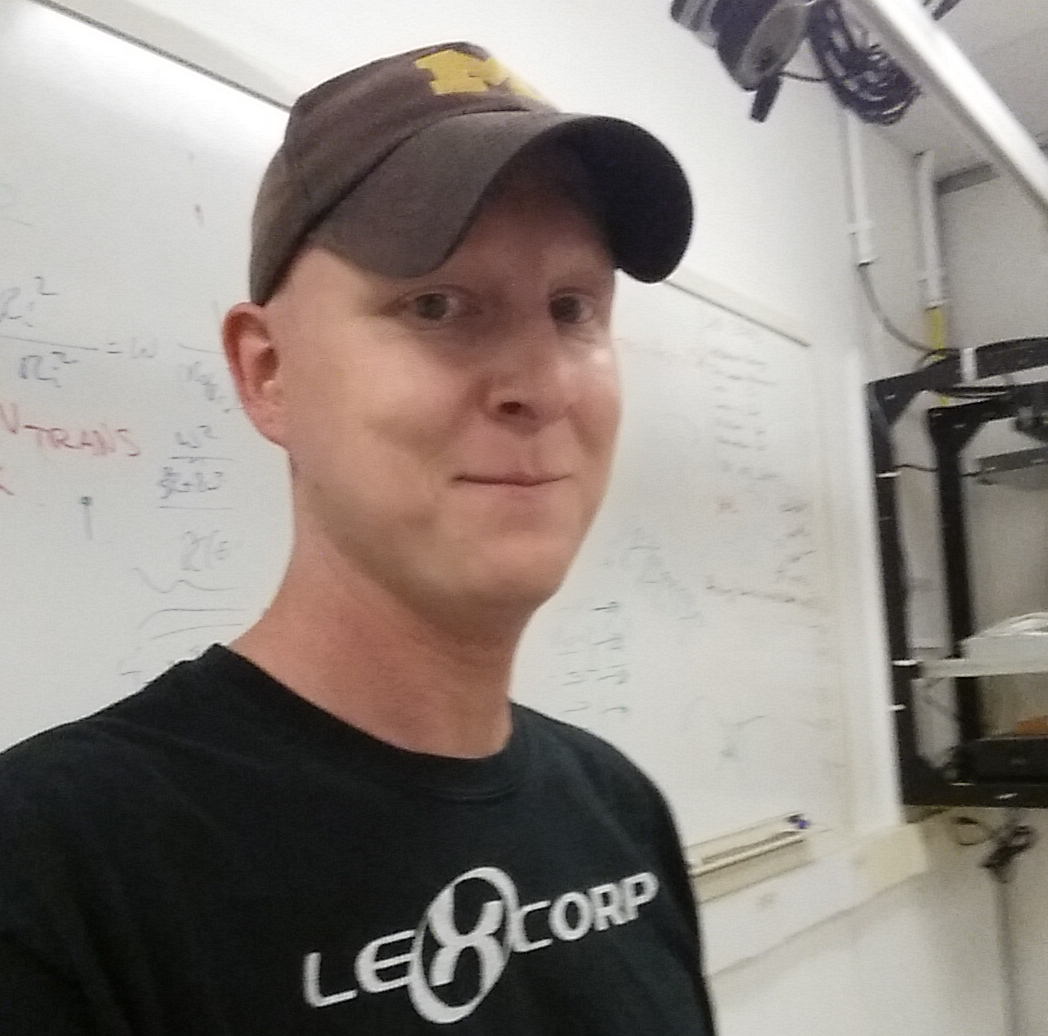 
Formerly an independent filmmaker and author, Chad escaped life as a starving artist to pursue a major in Computer Engineering at the University of Michigan. Originally joining BIRDS Lab with a mandate to rework some tutorial manuals, he was drawn back for a directed study working with gaits for the fixed-leg, articulated-body, hexapedal robot known as The Mechapod; then drawn further into a research assistant position for the summer of 2015. His interests run the gamut from the battle tactics of Ancient Rome to autonomous robotics.